Stop Harassment and Violence in the World of Work

The government is considered not serious in discussing the International Labor Organization Convention 190 (C190) Stop Harassment and Violence in the World of Work, even though the C190 is urgently needed to protect all workers from violence and harassment while in the world of work.

Since the C190 was ratified in Geneva, Switzerland at the ILO session on June 21, 2019, until now there have been 18 countries that have ratified the convention. However, in Indonesia, it has been 3 years since the ratification of this convention, and the Government of Indonesia has not yet conducted discussions.

In the 2022 Workers Festival webinar held by the Alliance to Stop Violence and Harassment in the World of Work on June 18, 2022, representatives of the Ministry of Manpower only mentioned the Law on the Elimination of Sexual Violence (UU TPKS) which has been ratified and is considered to help dealing with stopping sexual violence that has been occurred experienced by workers.

The Alliance agrees and supports the TPKS Law which will help workers fight sexual violence and harassment, but the government does not see that Indonesian workers have experienced other forms of violence in the world of work, such as beatings, murder, and unpaid wages, discrimination in the workplace, etc. So the substance stated by government representatives is not based on data on violence experienced by workers in Indonesia.

In the webinar at the 2022 Workers’ Festival, data was also obtained that only about 1-2 companies in Indonesia were willing to deal with violence experienced by their workers, even though data from the Central Statistics Agency in 2016 showed that there were around 26.7 million companies in Indonesia. If by 2022 there are only 1-2 companies that are willing to deal with violence experienced by workers, what about tens of millions of other companies whose workers experience violence?

For this reason, the Alliance sees that there is no longer any reason for the government not to ratify C190 based on the mapping of violence that has occurred to workers in Indonesia. The rapid flow of labor market flexibility and gender inequality has reproduced a variety of discrimination, violence, and harassment in the world of work that requires protection that is more complex and covers all workers and the realm of work.

Therefore, C190 is needed so that the world of work becomes a safer space for all workers with various sectors, genders, and work statuses, in various scopes of work with all their vulnerabilities, including groups with disabilities.

A spokesperson for the Alliance to Stop Violence and Harassment in the World of Work, Dian Septi, on the sidelines of a labor action commemorating the 3rd anniversary of the ratification of C190 at the Ministry of Manpower Office, Jakarta on Tuesday (21/6/2022) said that C190 was ratified in Geneva, Switzerland it gives recognition to all workers, not only formal workers but also workers who have been informal such as domestic workers, farm workers, truck drivers, online drivers and so on are also protected. The C190 also recognizes people who are apprentices or internships or volunteers as workers.

The C190 also protects workers from all forms of violence that affect the performance of workers, from leaving home to going to work to at work and returning home. Domestic violence (KDRT) which is often experienced by women workers is also included in the C190.

After the action, the workers were received by representatives from the Ministry of Manpower’s Public Relations. In the dialogue, it was revealed that it has been 3 years since this Convention was ratified at the United Nations and the Government of Indonesia approved it, but in fact, until now C190 has never been discussed by the Ministry of Manpower. When pressed to answer how the development of C190 within the Ministry of Manpower was, they stated that there had been no discussion whatsoever. One of the reasons is because there is already a TPKS Law, so all violence that occurs to workers can be resolved by this law. C190 does not only talk about sexual violence but all the violence that workers often experienced while working.

“There has been no discussion of anything until now, and now there is a TPKS Law, so we want to first review the TPKS Law.”

Dian Septi stated that the government should not have spoken differently because in the past when it was ratified at the UN Session, they approved it, but in reality, now the government is speaking differently.

“Data on violence experienced by workers should not be just statistics, but must be a government policy to stop violence and harassment in the world of work,” said Dian in her oration.

The alliance also asked the House of Representatives in Senayan to make Stop Violence and Harassment in the world of work as a policy agenda for the work of the people’s representatives.

“Employers must also support ratification because, for employers, violence and harassment in the world of work will harm the company’s reputation and work productivity,” added Dian.

Data on Violence Against Workers

Job discrimination also afflicts workers with disabilities, workers with gender, and sexual minorities who find it difficult to find work. The violence experienced by one of the disabled workers is also shown by the case of a State Civil Apparatus (ASN) within the Ministry of Finance which was advocated by LBH Jakarta and the Association of Healthy Souls in 2022. DH was fired for reasons of absenteeism. Whereas DH was in a special condition suffering from paranoid schizophrenia which required him at that time to be unable to go to work. People with disabilities like DH should get special attention from the government, not even get fired.

Cases of labor exploitation are also experienced by art workers and creative industries. Research released by the Syndicated Union with the Indonesian Cinematographers Society (ICS) in 2022 noted that there was work exploitation that afflicted film workers who worked 16-20 hours in one shooting day, this means they are in very dangerous physical and mental health situations. The condition of workers who work for 16-20 hours is considered something common, has been going on for a long time, and has been normalized from time to time. The Art Coalition’s research in 2021 also shows that in general, female art workers tend to work with high work intensity and large emotional burdens, are not equipped with sufficient work skills, have less influence in decision making, and work for long durations.

In the garment/manufacturing industry, during the pandemic, female garment workers were forced to work longer hours with lower wages due to wage cuts on the pretext of no work no pay (wage theft). Based on AFWA’s records, during the 2020 pandemic, 21% of garment workers experienced wage theft which resulted in a decrease in wages of up to 37% and resulted in a fall in workers’ purchasing power. Meanwhile, female garment workers still have to carry out household work with prices of necessities continuing to increase without any meaningful price control policies.

During the pandemic, the flexibility of the labor market, which is strengthened by the Employment Creation Law, has decreased the formalization of the world of work with the proliferation of contracting and outsourcing systems, the impact of which is felt by all levels of labor.

With these data, the government should be serious about discussing C190, but until 3 years after the convention was ratified in the UN session 3 years ago, the government did not show its seriousness. The government should learn from countries such as Uruguay, Fiji, Samoa, Vanuatu, etc. which have ratified, invite all elements to work, and seriously stop violence and harassment in the world of work.

Then the House of Representatives (DPR) made stopping violence and harassment in the world of work as the DPR’s policy agenda.

And employers, to support ratification, because, for employers, violence and harassment in the world of work will harm the company’s reputation and work productivity.

So there is no reason to immediately ratify the C190 to stop violence and harassment in the world of work. 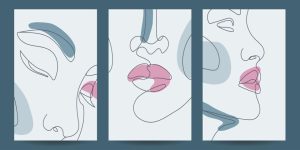 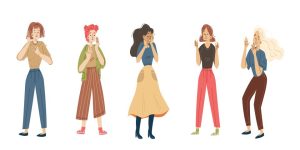 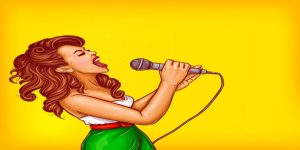 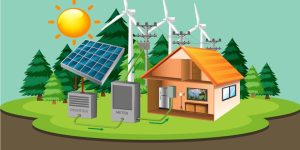 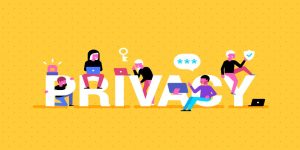 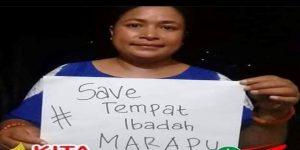 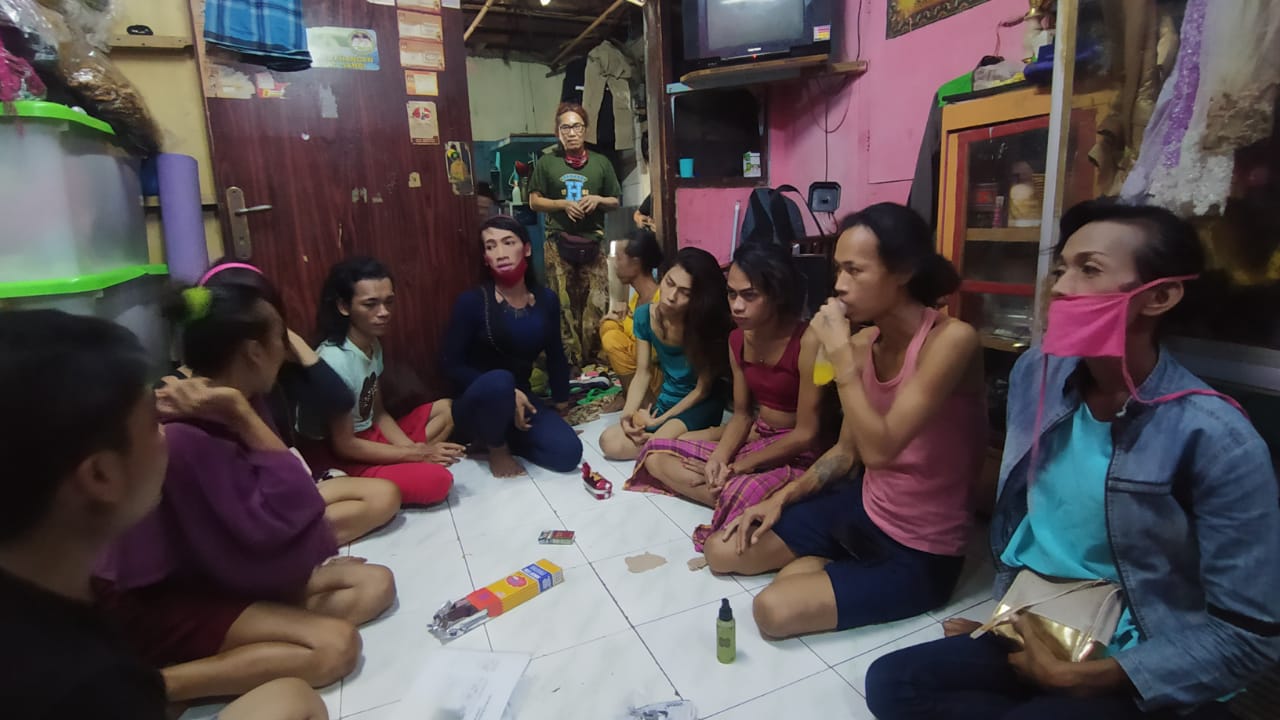 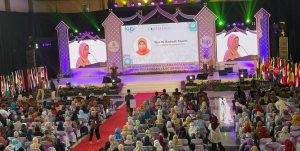 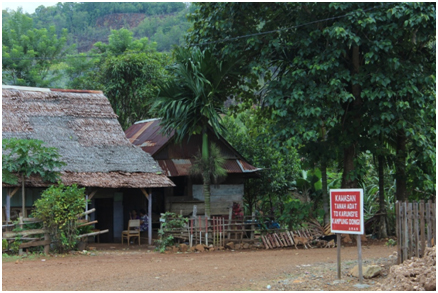 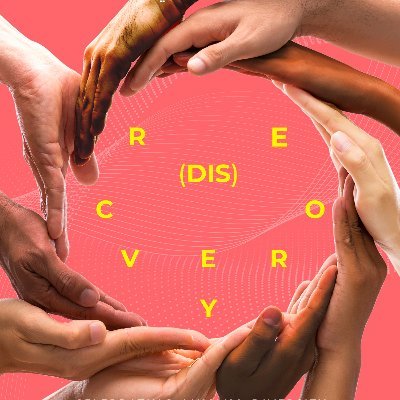